Eleanor Stride one of the 100 most influential women in engineering

Professor Eleanor Stride has been named as one of the 100 most influential women in the engineering sector, by board appointments firm Inclusive Boards in partnership with the Financial Times. 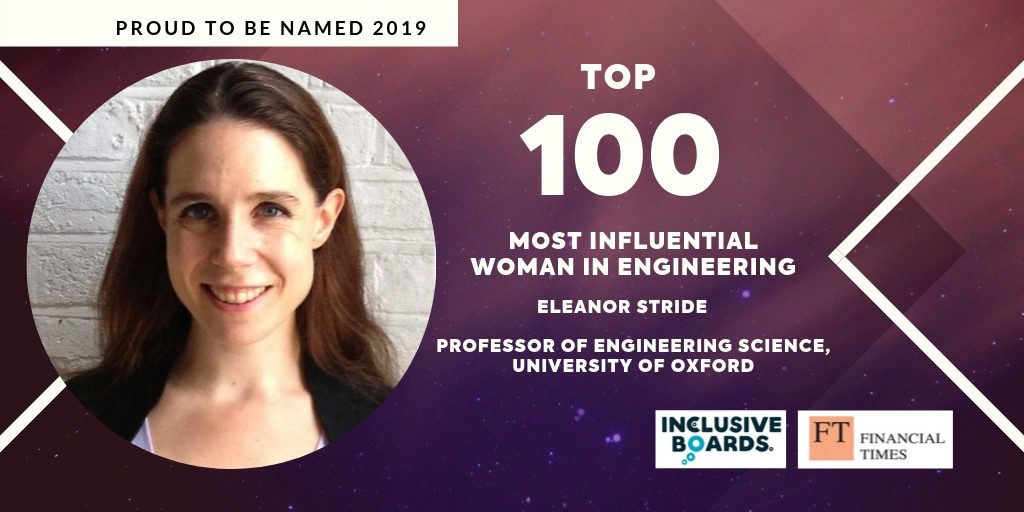 The list will be officially released at the Inclusive Boards: Women in Engineering Leadership Conference on 22 October 2019. Eleanor is featured alongside senior leaders from top engineering firms such as Amey, Arup, BAE Systems and Laing O’Rourke.

Eleanor is Professor of Engineering at the University of Oxford, a Fellow of the ERA Foundation, and a non-executive director and founding member of AtoCap.